Experts suggest that only one in ten start-up businesses survives in the market. Any com- pany living to see its tenth anniversary merits heartfelt congratulations, and all the more so if that company looks back on a success-blessed track record such as that of INTREAL. INTREAL has been successful not just in its own right, but has simultaneously blazed the trail for the German real estate industry in general. It was the first company that adopted the principle of separating administration and management from the securities sector and applied it to the real estate sector.

The outcome was anything but a foregone conclusion, because the characteristics of the real estate sector differ greatly from those of the securities sector. For example, since no property is exactly like another, real estate lends itself much less to standardisation than stocks or bonds. It is also much less fungible while its transaction costs are substantially higher than those incurred by trading securities. Yet INTREAL cleared these hurdles when transferring the third-party AIFM model to the real estate sector and set new market standards by doing so.

Initially, the timing of the company’s founding did not seem auspicious. The year 2009 was defined by the financial crisis, a shrinking economy and falling real estate prices. Setting up a new company during such times requires particular foresight and courage. Just four years later, in mid-2013, the biggest regulatory change the fund sector had seen in a long time became effective with the Capital Investment Act (KAGB). Although we succeeded in preventing the abolition of open-ended real estate funds, launching and managing them became considerably more complex.

Third-party AIFMs quickly adapted to the new parameters and evolved into experts for the implementation of regulatory guidance. They ensure that even the most detailed statutory requirements are met, for example the investment tax reform of 2018. Thus, they serve an important purpose in the fund industry: For many asset managers, they provide access to the investment fund market and thereby expand the real estate fund spectrum. The latter is a particularly welcome aspect for investors.

It makes perfect sense, therefore, that third-party AIFMs established themselves as key players in the real estate investment fund business over the past ten years. I am convinced they will keep growing over the next ten years as well. I am also convinced that INTREAL will continue to play an important and defining role in the process. 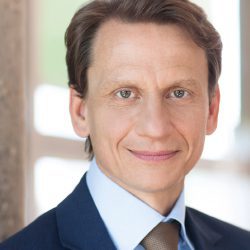